The Statewide Festival Ends its 10th Anniversary with a Bang

The North Carolina Science Festival (NCSciFest), the nation’s first statewide celebration of science, has broken a Guinness World Record for highest launch from a Galilean cannon. The team launched the ball 13.5 meters (44 feet 6.5 inches) into the air, breaking the previous record of 11.5 meters (37 feet 8 inches). The previous record was recorded in 2018 by Scott Buhr, an educator from South Carolina, and his AP Physics class.

The Galilean cannon is a demonstration of the conservation of linear momentum. The cannon, consisting of a stack balls arranged by weight from heaviest to lightest, demonstrates the transfer of kinetic energy between objects. When the stack of balls is dropped, the kinetic energy from the lower balls transfers through them to launch the topmost ball into the air, providing it enough energy to bounce much higher than normal.

Dr. Duane Deardorff and Shane Brogan from The University of North Carolina at Chapel Hill Department of Physics and Astronomy helped the NCSciFest team devise and build a device that would allow them to use the commercially available “Seismic Accelerator” to set the record. Their help ensured the team could maximize the height and achieve repeatable results. 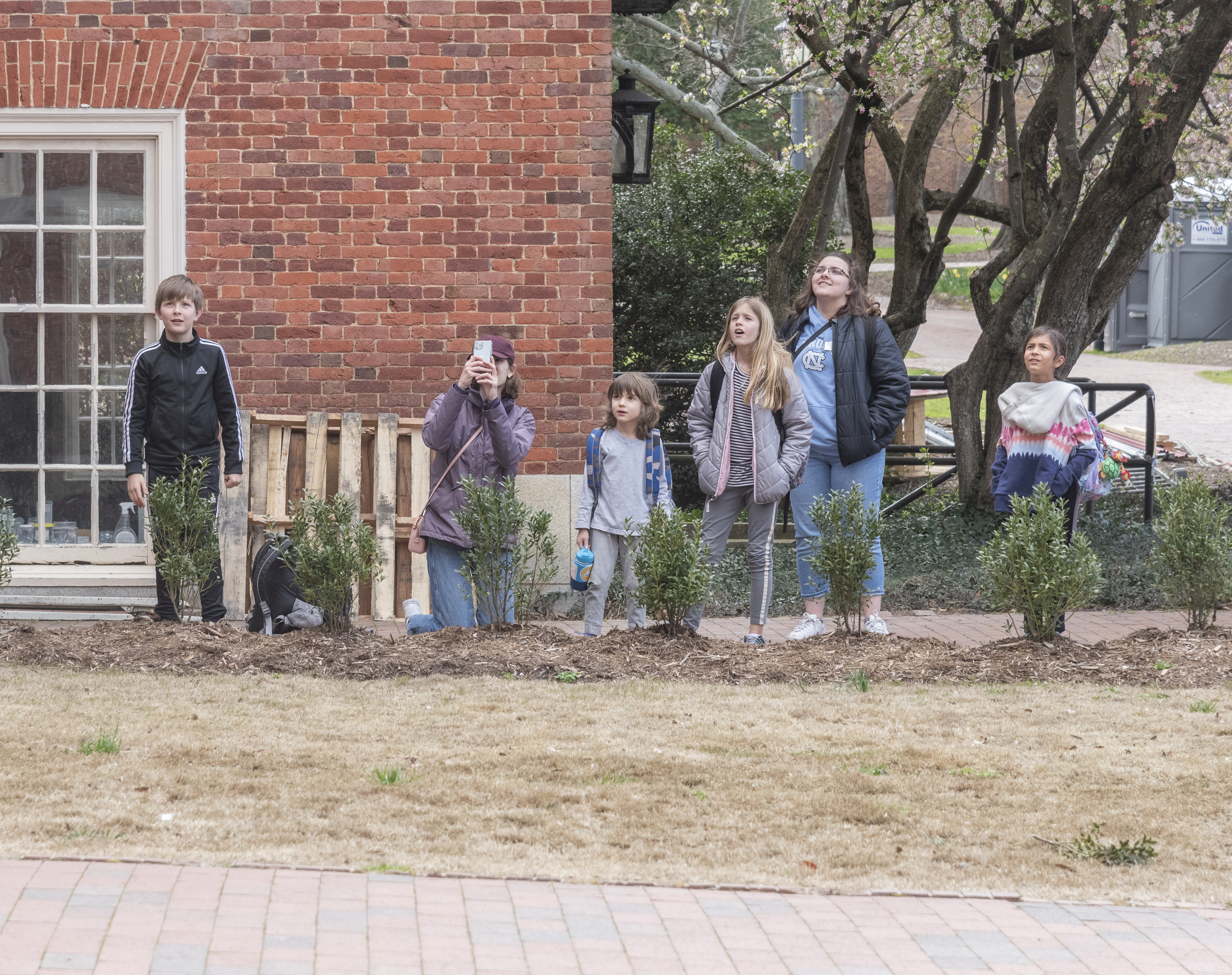 The NCSciFest team officially broke the record in March at UNC-Chapel Hill in front of Morehead Planetarium & Science Center, producing institution of the Festival. In accordance with Guinness requirements, the Festival gathered four official witnesses to observe the attempts to break the record. Using multiple high-quality cameras provided by Michael Tiemann of Manifold Recording, the team was able to record the ball reaching a maximum height of 13.5 meters, good enough for a new record.

Breaking a world record has not been the only challenge the Festival has faced this year. Along with most in-person events and social gatherings across North Carolina, the Festival has had to postpone or cancel over 800 events for public and K-12 audiences due to the rapidly changing coronavirus (COVID-19) outbreak.

In place of an in-person festival, NCSciFest is celebrating science in a new—virtual—setting. The group is offering a variety of digital opportunities to allow the public to continue to engage with science throughout the month of April and beyond.

NCSciFest will collaborate with the statewide STEM community to curate a list of available digital learning resources and programs hosted by partner organizations. Additionally, the Festival will provide their own collection of hands-on digital learning opportunities, such as science demonstration videos, at-home STEM activities and virtual events, through a weekly e-newsletter and social media channels.

Celebrating its 10th anniversary in 2020, the Festival initially believed breaking a Guinness record would be a noteworthy way to commemorate this milestone. Now, they hope this achievement creates a spark of excitement during a difficult and uncertain time.

“What better way to celebrate STEM than with a world record!”, says Erik MacIntosh, NCSciFest Programs Manager. “Our team is excited to share the news and we would like to issue a challenge to see if others in our state can top our record.”

As part of their own new digital learning collection, the team has created an activity version of the Galilean cannon launch that families can attempt at home.

To build their own Galilean cannon, participants will need a large open space, basketball, tennis ball and other balls of varying sizes. Families will expand their knowledge about conservation, kinetic energy and other STEM concepts while attempting the activity and are encouraged to share their results with the NCSciFest team through social media.

“Our team was drawn to this record because we wanted something that everyone in North Carolina could attempt too,” says Wayne Capps, Morehead Educator. “We may hold the current record for the world’s highest launch from a Galilean cannon, but we are challenging every science enthusiast in the state to break it. Let’s see how high Galilean cannons can really get!”

try it at home

Make your own Galilean Cannon with this activity and try to beat our new World Guinness Record!
NCSciFest Activity