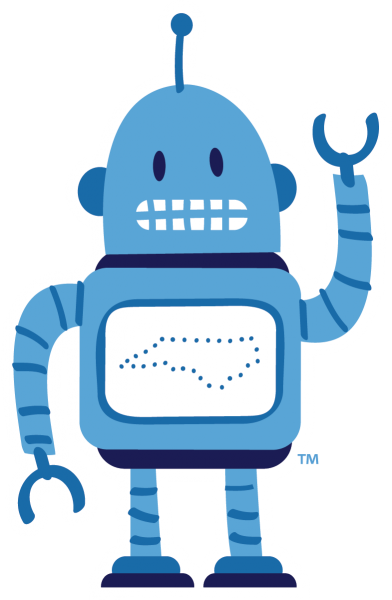 North Carolina Science Festival has its own mascot: a robot named Kelvin! Well, actually Kelvin is a spokesbot -- its mission is to be an ambassador for the Festival and to help kids explore all the fun in science, technology, engineering and mathematics (or STEM).

Curious about Kelvin? Here's a behind-the-bolts peek at its life:

Birthday: September 25, 2010 (Kelvin shares its name with the Kelvin scale of temperature, in which the zero point is "absolute zero" -- the temperature at which all thermal motion ceases. On the Kelvin scale, water freezes at 273.15K and boils at 373.15K!)

Most Wants To Meet: WALL-E 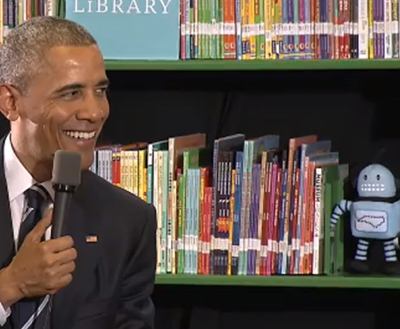 Science Heroes (each with a North Carolina connection!):

Hobbies: Kelvin loves watching NASCAR. The races are fast, exciting and a great source of spare parts! Science and engineering make the cars go around the track at lightning speed. Kelvin also enjoys SCUBA diving and exploring the shipwrecks of the Outer Banks, but it has to be careful to clean off the salt water so its joints won't rust. Next on its list: spelunking!

Best Friend: Kelvin's best friend is its pet dinosaur, Pleo. Of course, Pleo isn't a real dinosaur (those are extinct, as you know). Pleo is actually a high-tech robot pet, built to look and act like a baby Camarasaurus. Pleo likes to visit the North Carolina Museum of Natural Sciences to see his huge dino cousins!